If you’ve ever attempted racial equity work in schools, you have seen how white fragility can torpedo the whole plan. Clearly, there are consequences. Luckily, there are also antidotes. How can culturally responsive leadership help?

(This is the 2nd chapter of a 4 part series focused on addressing White Fragility.

Part 1: Background knowledge about the book

Part 2: What Leaders can do about White Fragility

Part 4: What schools without White Fragility could look like

2 Examples of White Fragility in Schools

I was in school previously, where teachers sent high numbers of black students to the office. African American students had higher suspensions and lower academic outcomes. Hmmm, I wonder what might be going on. I suggested that we needed to improve relationships, de-escalate conflicts, and be more culturally relevant. The response was “Staff weren’t ready.” “We had other priorities.” But truthfully, white leadership was being quite fragile. Alas, we missed the opportunity, black students continued to be referred out of the class and we remained safely looking at the surface (discipline data) of the iceberg (white supremacy).

This second example comes from Carla Llewelyn-Vazquez, Principal of Mission Early Education Center in San Francisco. A few years ago, I had the fortune of leading the Racial Equity Movement professional learning series for SFUSD schools and teams. As our team reflected, we added a racial affinity group meeting to the final session. The response was really interesting. The POC were into it. When reading the feedback, the White affinity group had reservations and some expressed downright hostility at being divided.  A few white participants expressed discomfort by saying “they felt ‘we’ needed to do this work together.” And others felt uncomfortable at being separated to talk about race and Whiteness. Really? There are times “we” need to do racial equity work together and white people have their own work to do. Check out Carla’s school here. 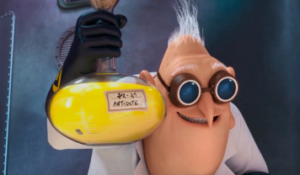 For starters, the work isn’t for People of Color to do. It’s for white folks to do. But, culturally responsive leadership gives you a few things you can do get that behemoth of a boulder moving:

These are leadership moves, however DiAngelo breaks down tons of tips white folks can do to build their resilience in the second half of her book. Also, check out this post, “Can White Leaders be Culturally Responsive?“

I always knew that social consciousness was critical to this work. But, I developed my own mindset–through being black in America, reading lots, and many complex conversations –and I forgot about the process.  It informed my work, but I assumed everyone else had been through their process. I forgot about the white folk!

As a leader, I hoped I would find a place that was already built on a bedrock of critical pedagogy and critical race theory, but I learned that I needed to start laying more than a few bricks. I tried to get my mason on, but to my surprise, white fragility put folks on strike metaphorically and literally. This haulted the building process.

So I gave up on some of it and tried to go about it in a slow, covert way. However, that isn’t good enough. I realize now, that I didn’t name anti-racism as a part of my vision (due to white fragility) and I needed to. I also jumped ahead too far in asking staff to apply concepts of anti-racism and social justice, before they that were clear and explicitly communicated. Reading DiAngelo’s book, along with Tema Okun’s article on White Supremacy Culture re-energized me. But more importantly, it gave me a clearer roadmap on how to get people onto the highway.

I know that now I need to go all in, but I need to plan for white fragility and white ignorance. (See antidote tips above). In addition, I need to put anti-racism as a part of my vision, my school’s theory of action, and our metrics. A school’s student culture (and outcomes) will mirror its adult culture (and beliefs). Therefore, time needs to redesigned, equity framing is needed, and then we can get to the practice like culturally responsive teaching and project-based learning. 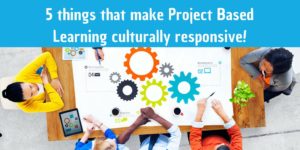 So, now what you gonna do about it?

Let’s keep the conversation going on social media (@trussleadership). Be sure to check out Part 3 of this series, dropping next week. It will be an interview with a white culturally responsive leader. This leader will be reflecting on their effort to address white fragility in schools.