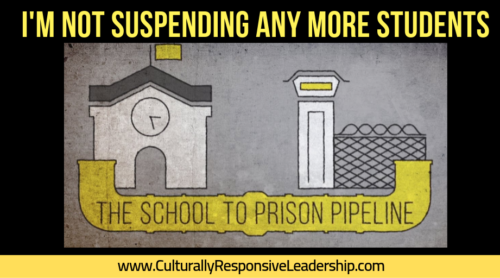 I am so done with suspensions. There, I said it. They’re racist and dehumanizing. Suspensions support anti-Blackness and the overall racial hierarchy in the United States. Check out these 40 questions to ask yourself before you suspend a student again. 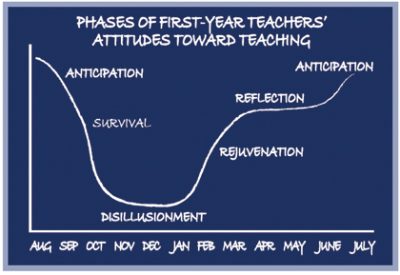 It’s October (honestly the month doesn’t matter that much). Can you feel it? Shit, I can. The honeymoon is over. Patience is thinning or already gone. Students are pushing back and returning to their permanent state of being kids. Staff is upset about the lack of order and learning. Folks want consequences. I can hear them saying, “Somebody’s got to teach them respect, responsibility, trust.” Even our parents are tired.

How to Be an AntiRacist

Ibram X. Kendi writes, that “racism is a set of policies that lead to discrimination” and racist outcomes. These policies support racist beliefs such as the belief that poor/brown students “need law and order,” “are unruly,” and “need a firm hand.” Racist outcomes look like African-American students and Latinx students being disciplined and suspended at rates astronomically higher than their privileged White and Asian counterparts. Therefore, it is safe to say that racism is embedded within the policies of our schools.

We must excavate them like Indiana Jones looking for the Temple of Doom. These policies can include our grading practices, academic tracking, and in this case, discipline. We don’t have to look far to find disproportionality in the outcomes of discipline in schools, including classroom reprimands, out of class referrals, and suspensions. Following Kendi’s thinking, we must therefore create anti-racist policies to yield anti-racist outcomes. I believe that one of these policies is the process in which we decide whether or not to suspend a student.

There are many steps before that, such as how we create equitable spaces for students and socially responsive classrooms. Of course, at the foundation, we need to change our teaching practices, relationships with students, and curriculum. But for this post, I wanna focus just on discipline. 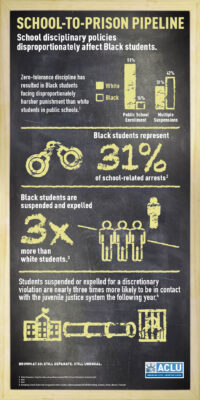 Reflecting on Hundreds of Suspensions

In my 8 years of being a school administrator, I probably have suspended somewhere between 200 and 300 students. Damn. I’m not proud of it. Sure there are reasons for each one of these and at the time, I probably had a very thoughtful justification for making that decision, however that number sits heavy on my mind and heavier on my soul.

Shit. Here I am, a Black man in education, who came into this work, to fight for social justice, now with enough positional authority to at least steer the Titanic minimally off course. But, I have still suspended hundreds of students. Damn. You know, every year I commit myself to try to find alternatives, trying to create a school where the behaviors don’t take place, and I attempt the build systems that do not allow for students to fall through the cracks. But “something happens,” and at the end of the year, there’s still a long list of names that I must take responsibility for.

It has to stop. 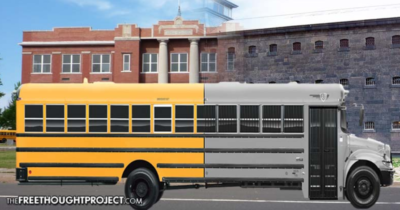 Shit, We Tried it All

This long list of names of children who have been suspended is not from a lack of trying. Rather, it resulted from trying relentlessly to find a way but still arriving at the same outcome. We tried parts of restorative justice, including circles, affective language, and restorative conversations. Truthfully, we did not implement them all fully, and at times the pace of discipline incidents prevented us from doing it.

We tried incentives, monthly celebrations that students would earn, based on their behavior. In our school, we called this the Falcon Fun List, an eligibility based incentive to hopefully motivate students to stay on the right track. Sounds nice right? We tracked behavior, attendance, and suspensions. Sometimes there was variation, but many times it was the same students each month who were losing out on the most fun activities we had in school. Huge problem. Let’s also be real and acknowledge that it was predominately Black and Latinx. Sounds racist to me. We thought about creating a sense of belonging and inclusive environment for our students, especially our marginalized students, and then we exclude them from every damn fun thing (field trips, dances, parties, celebrations) because they “can’t act right” or “need to learn a lesson”. There’s a quote about the definition of insanity that comes to mind. But this is precisely because we are doing what we were trained to do, what the systems was was designed to do: sort, track, reward/punish. With racist outcome.

Something has to change! 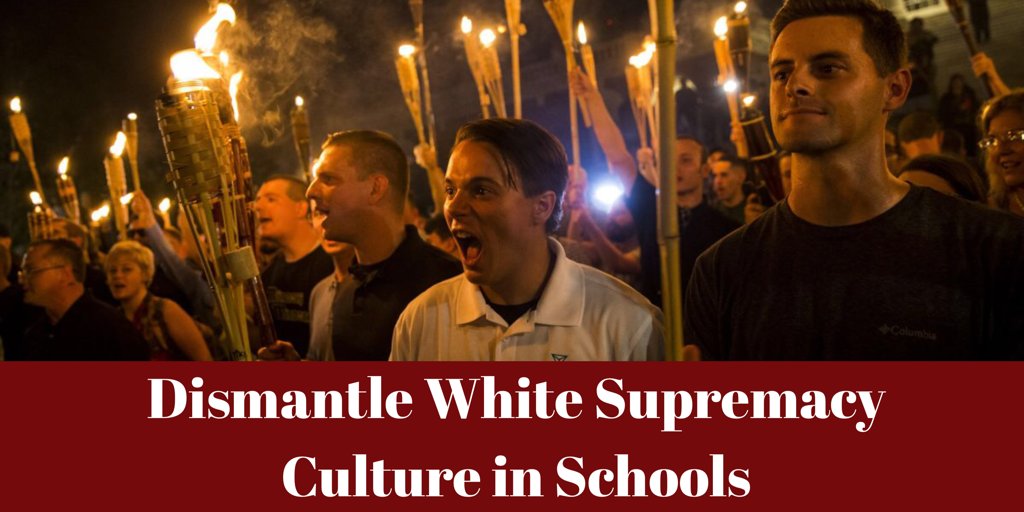 Last year, we spent at least 5 months exploring White Supremacy Culture and its prevalence in our practices. This took form of conversations, reflections, and applications. We spoke generally and at one point specifically focused on the connection between implicit bias and our discipline practices. This was incredible and took a lot of bravery on the part of our staff, especially our White staff. Even for our staff of Color, it was difficult to acknowledge how we have internalized the same racist messages and at times perpetuated White Supremacy Culture on our students of color.

What I hoped would come from this conversation was a deeper racial equity consciousness, and therefore the ability to leverage this new framework and change our actions. Things are always easier said than done. But now that we have this shared understanding, we can build on it.

This Year is Different

I’ll be honest. I came back to school, in my 5th year as principal of the same school, with new fortitude, a new focus. I have more hope and more fire. Over the summer, I read Bettina Love’s book, Abolitionist Teaching, and I was thinking a lot about her concept of how schools ‘spirit murdering” our students. It made me think a lot about how school discipline systems murder the spirits of our students of color.

Let’s be real. Our most resistant students are the canaries in the coal mine. The lash out and yell before they die, metaphorically. Sometimes literally. They know it’s fucked up because they’ve already seen the hypocrisy in the world and they are quickly losing hope. Why not tear down a few bulletin boards, break a few computers, and cuss out a few staff members on the way down. Our marginalized students are the ones that feel they have the least to lose, cry two tears in a bucket, fuck it. They will call it out, stand toe-to-toe with the teacher, and even threaten the Principal. True Story.

Anyways, I knew that something had to change. And it started with me committing to finding alternatives, seeking interventions, and trying to change a system that was/is yielding racist outcomes. As a leader, I can make this bold move and hold a bold vision. This is much harder depending on how much positional authority you have. But you can always organize and mobilize!

It’s always interesting to see how different people will react to a break from the racist norm, a disruption of the status quo, and the ambiguity of change. Some folks are interested and excited. Other folks are enraged, thinking the audacity. Some folks want harsher consequences, a return to the good old days, and “accountability.” All of this usually means that my job is being assessed, judged, and sized up. This leaves me on an island. This makes the work tough. I try to keep to my values, but it feels like I am being bullied into punishing students. Sometimes I am being bullied by staff, by my colleagues, by parents, and sometimes by the white supremacist in my own head that tells me to “put that kid in their place.” Let’s be real for a second though. Most times, I am being pressured by white folk. And we hide behind all types of coded and safe language.

I could go on. And on. Trust me. Been there too many times. But this coded language always is a tool for pushing out kids that have already been pushed out from society, thrown away like the trash they are perceived to be (not by themselves or their community, but by privileged people. By people with power.)

If we want change, we want these racist and not racist folks, out of schools. And if these folks are still on the inside, there should be some stop gaps, some checks and balance, like Kendi said, some anti-racist policies to course correct the USS Racism school ship.

Ok. That was a nice tangent. And a roundabout way of getting to more than a few questions to ask yourself before suspending; before checking those boxes, calling that parent, and giving that student the slip of paper to go home.

40 Questions to Ask Yourself before Suspending a Child

Look, I didn’t say it was going to be easy. It’s fucking hard. As much as I am writing this for others, I’m also talking to myself. It’s hard to change behavior, of the students, of the adults, and of the system. I have to change my behavior first. And I do know this. If we create the conditions where we HAVE to find alternatives, we WILL. This requires innovation, and if we can be innovative with our teaching practices and flexible seating, then goddamn it, we should be innovative we our response student behavior.

This is a long and arduous road. It will be riddled with resistance, ambiguity, and full on attacks. But it is a road that will lead us to anti-racist outcomes. I don’t know what your identity is (it does matter), but I cannot be a Black man standing by and letting racism continue on my watch. I need my allies and co-conspirators to stay vigilant. Stay committed. Good luck.